What is the future for our broken maternity system? 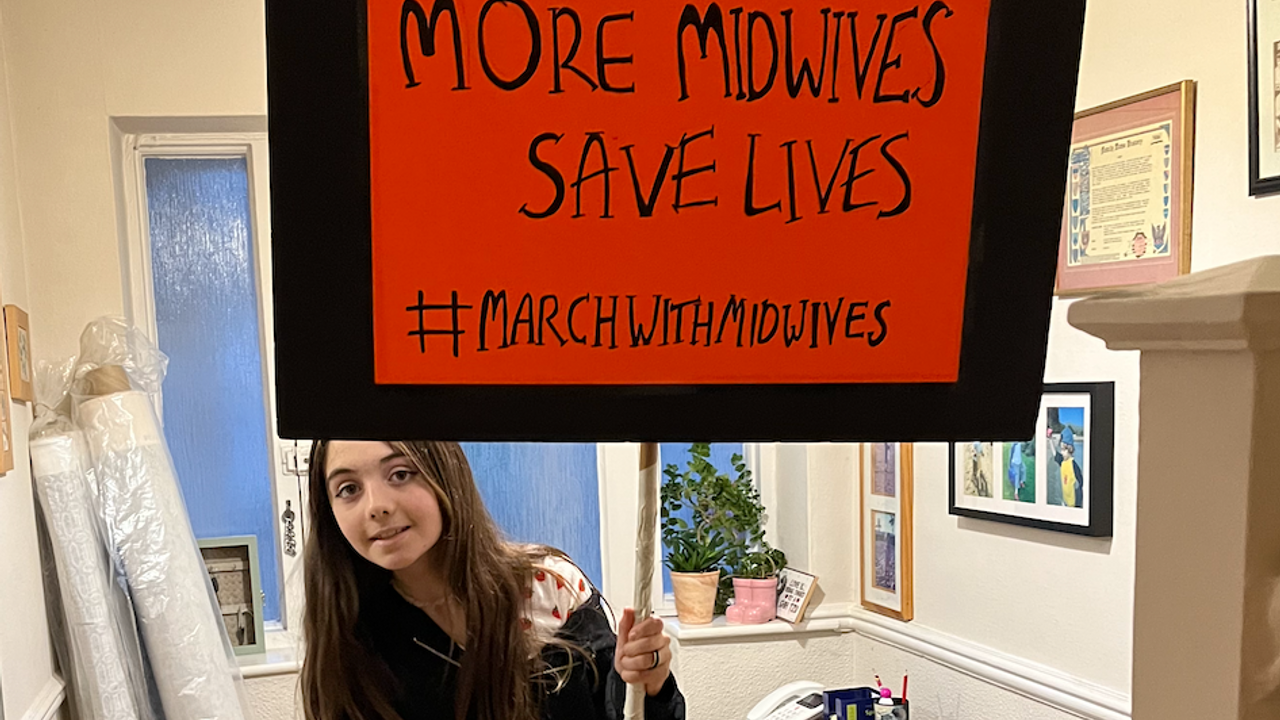 This Sunday I will dusting off my placard again to join midwives, other perinatal professionals and parents in Parliament Square in London. I will be there to show solidarity with midwives who are increasingly seeing their profession eroded, their working conditions untenable and their futures as midwives looking very bleak.

I attended the last March with Midwives event back in November and it was a really emotional but completely necessary day listening to midwives describe how dire, unsafe and unhealthy working in our current maternity system is.

The stressful working conditions that most midwives are currently experiencing are not good news for many parents having to use maternity services.

Shamefully 41% of all maternity services are currently rated ‘inadequate’ or ‘requires improvement for safety’. This almost unbelievable statistic needs drastic action to reverse.

The recency of this stat (July 2021) might mislead you to believe that this crisis is a new issue for maternity services.

But no, this sorry shit show is the result of decades of underfunding, toxic management, closure of stand alone birth units, withdrawal of insurance for independent midwives, lack of bursary for midwifery students and the constant blaming and shaming of midwives when there are fatalities.

These factors have heavily contributed to the leaky bucket that is midwifery recruitment and retention. For every 30 newly qualified midwives that enter the professional 29 are leaving.

Now staffing at many maternity units is critically low, care is obviously compromised when delivered by such a beleaguered work force. Choice of birth place has been impacted not just by closures of stand alone birth units but also because many homebirth services have been suspended or stopped altogether either during Covid or more latterly because of staff shortage.

It is parents using the service who pay the price experiencing harried care.

It is parents whose health is at risk because of overworked maternity staff.

It is parents who are traumatised when something frightening happens to their baby.

So why haven’t the government been held to account by parents experiencing such dire service?

I believe that it is because time and time again it is midwives themselves who are blamed and shamed when things go wrong. It isn’t the industrialised birthing system that has become increasingly process driven over the decades. It isn’t the lack of midwifery numbers. It isn’t the underfunding that has resulted in long wait times, lack of birth place choice and unsafe conditions.

Midwives are our modern day sacrificial witches, being burnt at the stake, the emotive smoke obscuring the truth about what is really needed to fix our maternity system.

On International Women’s Day, RCM leader Gill Watson, choose to release a statement as one of the highest representatives of midwives, apologising for the RCM’s stance on normalising birth and the part it may have played in any fatalities. She was referring to the RCM’s (and actually the NHS) position back in the 90s and 00s that sought to normalise birth and which is now being blamed for the tragedies of the Shrewsbury & Telford trust from the same era.

It feels like yet another pyre being lit underneath the profession of midwifery.

Midwifery is important because it promotes choice, understands physiological birth and is woman centred and can provide care that spans the spectrum of social, physical and emotional need.

March with Midwives this Sunday the 13th of March 2022 at either Parliament Square in London, or in St Peters Square in Manchester.